Join Foundation started long before the first scholarship was awarded, back in 2013. A profound desire to be able to serve more people inspired Luis and his wife, Rachael, to create something that would enable them and their friends to truly help families to break free from poverty. Join Foundation was founded in 2013 with a clear purpose: Reach those in need, embrace them and, ultimately, develop bright futures with them.

2012 The Giveaway idea that became so much more

In the beginning we were looking to provide underprivileged children in Guatemala with a pair of shoes and some toys for Christmas. Luis felt compelled to dig deeper, soon we became familiar with the term “the cycle of poverty” and we realized that in order to truly help people living under poverty we should focus our efforts in encouraging and equipping them to acquire a good job.

The first idea of giveaway goods radically changed into an initiative that would aid underprivileged families to get education, and ultimately be successful finding a job that would aid them to escape from the context of poverty. 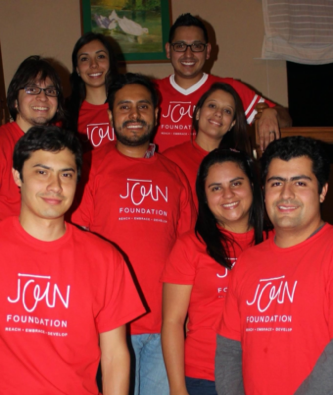 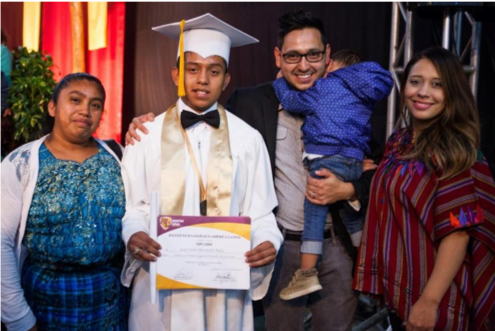 We saw a leader in each one of our students, leaders that one day would have the influence and the power to build better families and, why not? better countries. The teams in the United States and Guatemala worked together to create a leadership training that every student with a scholarship would have to attend to.

Our first official leadership conference was held in Guatemala City in March of 2017. Since the creation of Join Leadership in 2016 until today, the program has evolved and more sub-programs have taken place. The program conformed by Join Leadership for students, Leadership school for parents, Join Leadership extended, and Join Start-Ups. 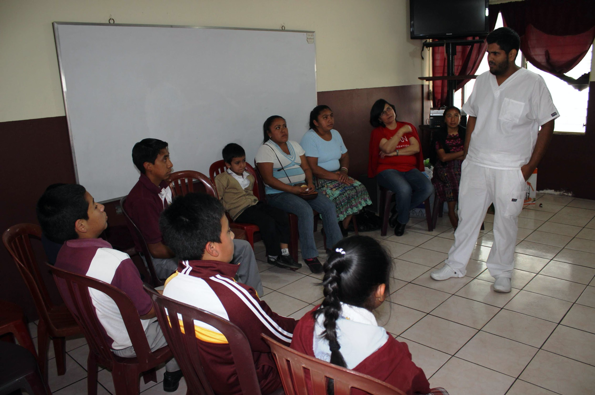 The story continues with you, Join us!

If you want to be a part of the generous donors that are making possible for Join Foundation to develop bright futures for generations to come, please consider becoming a sponsor of a student, or making a gift 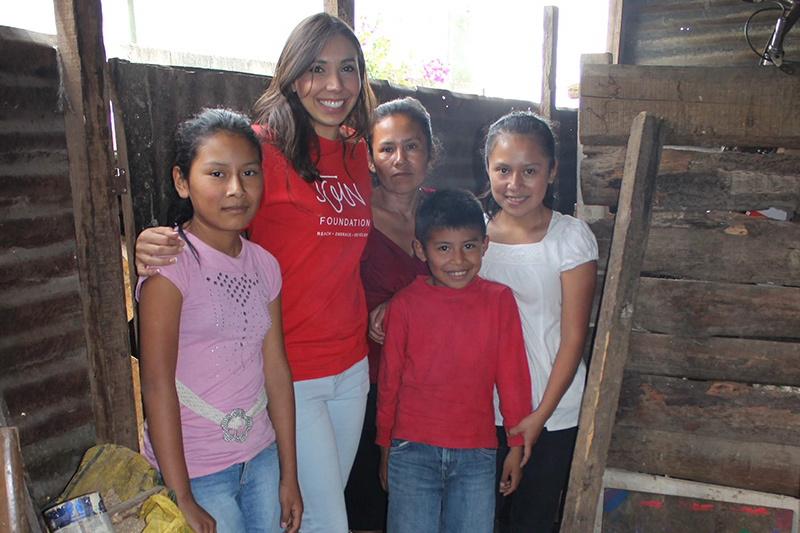 Silvia, first mentor of the Leadership program with Carla and Sandy, 2013 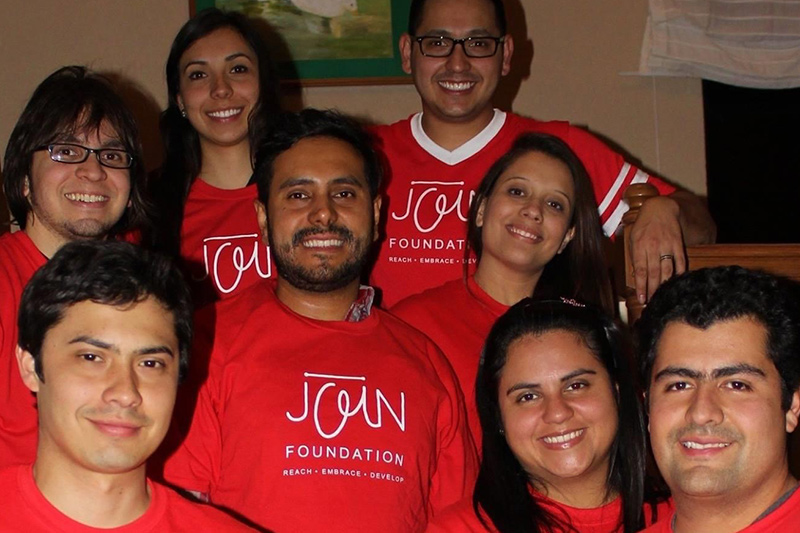 First official meeting with the original team in Guatemala, 2013 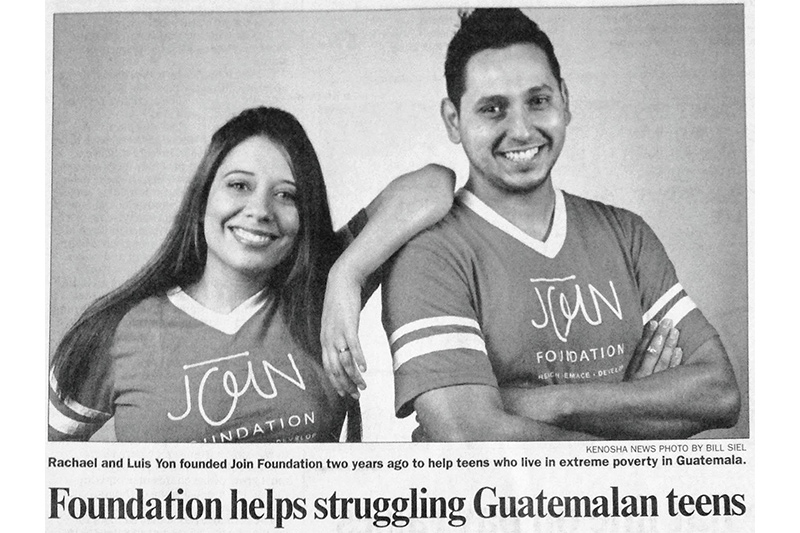 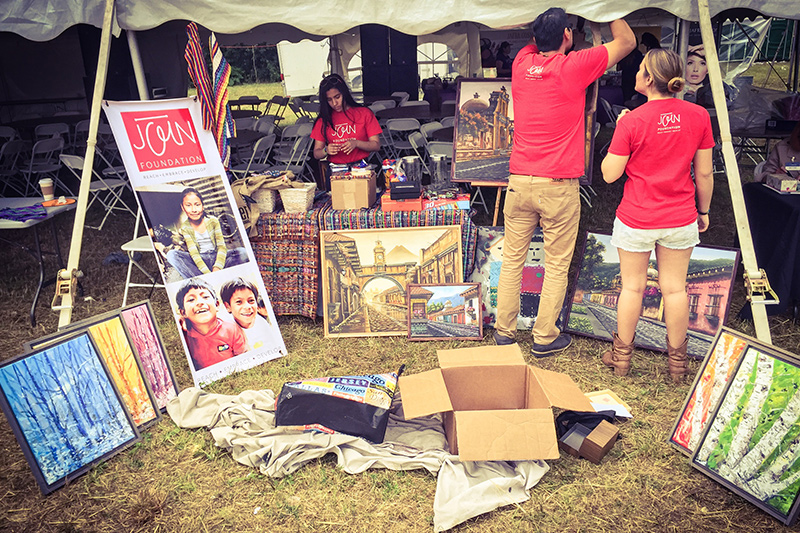 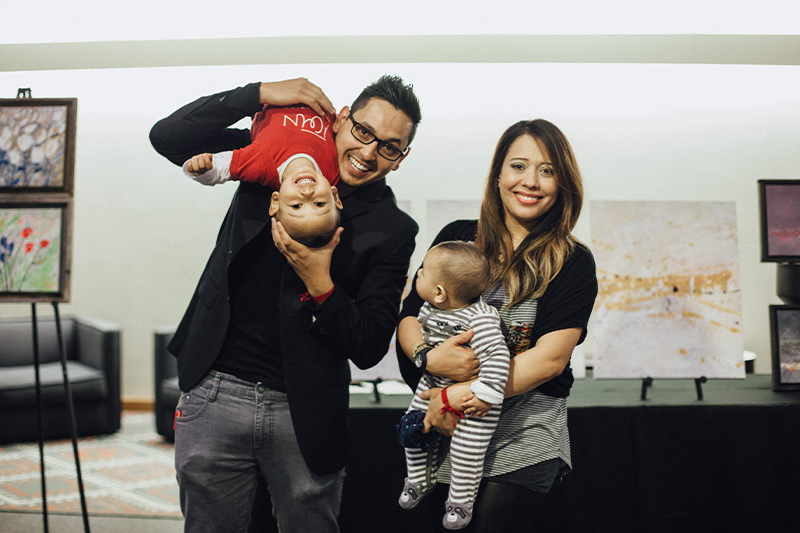 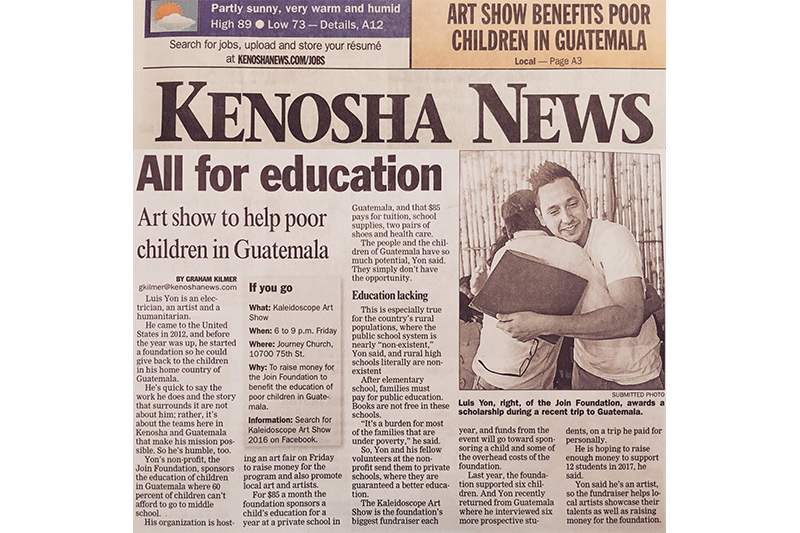 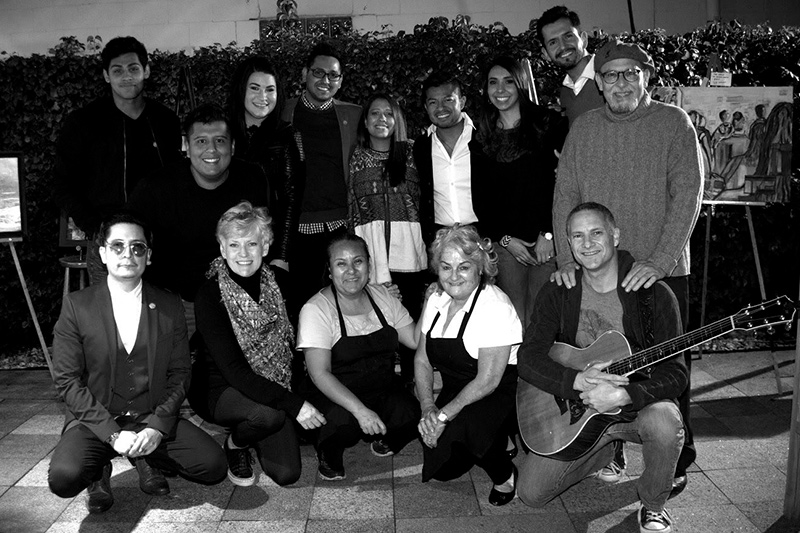 Board of members and artists, Kaleidoscope Artshow 2017, Highwood Il 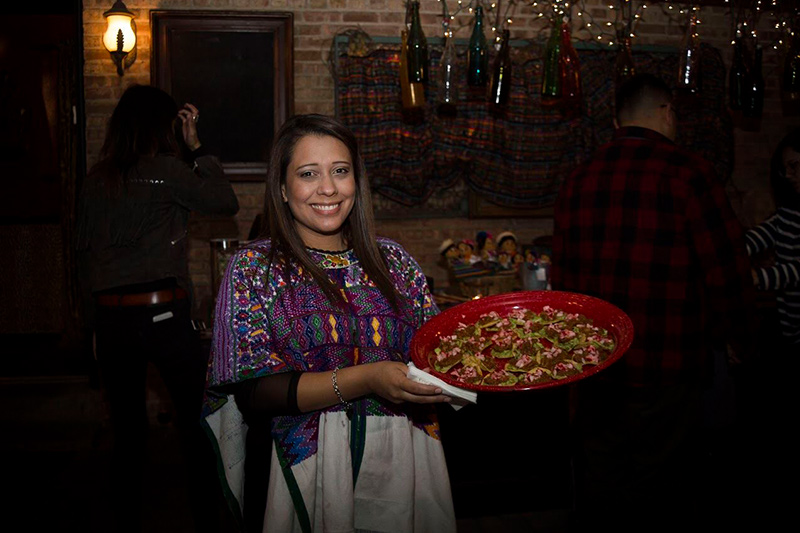 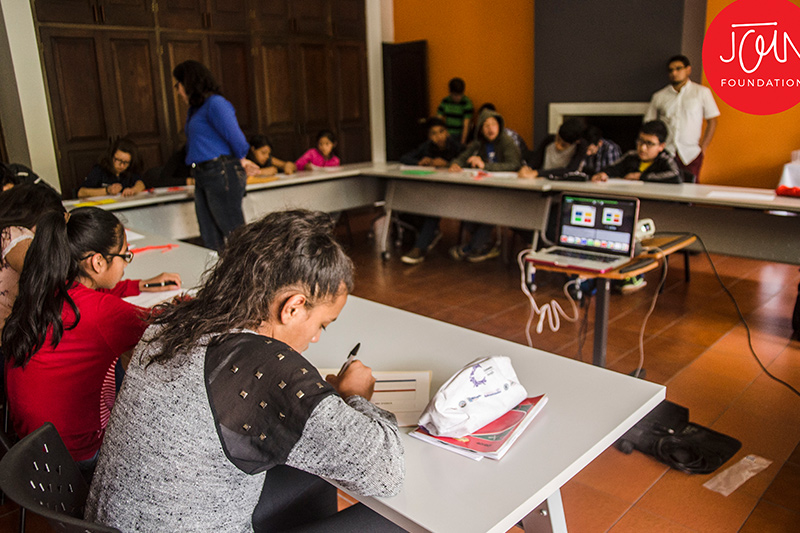 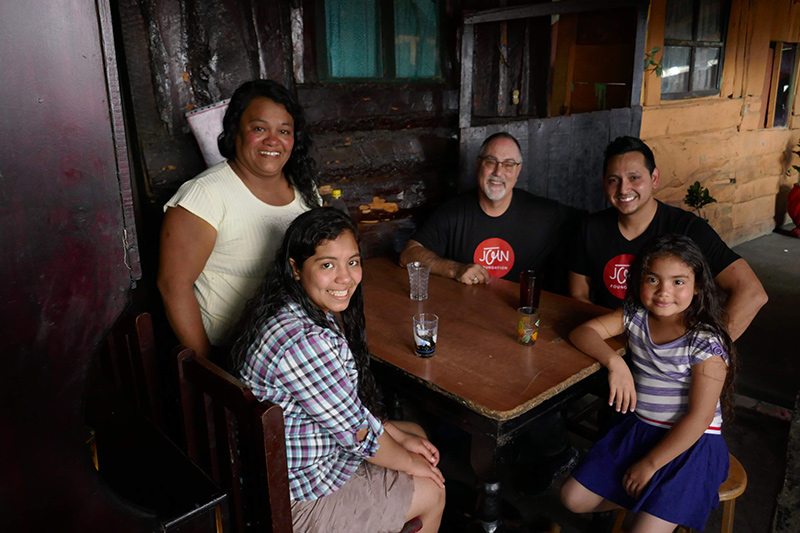 Jerry Winslow, one of our advisors visiting Guatemala, 2018 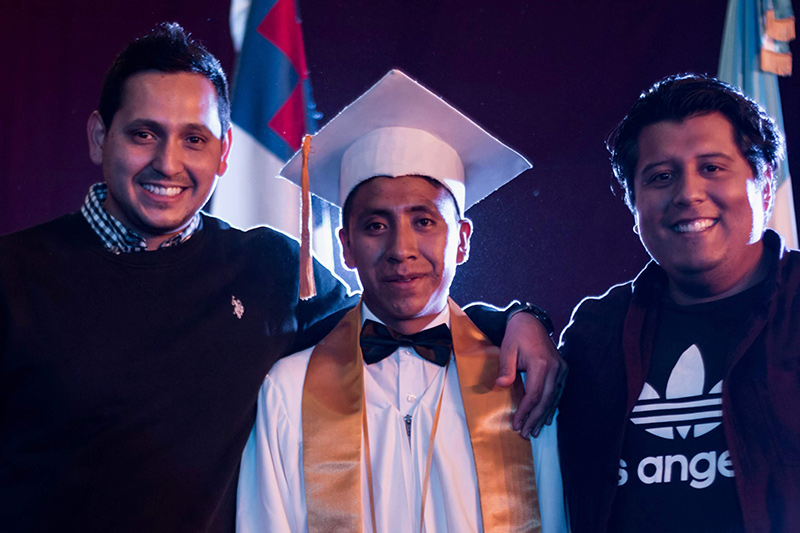 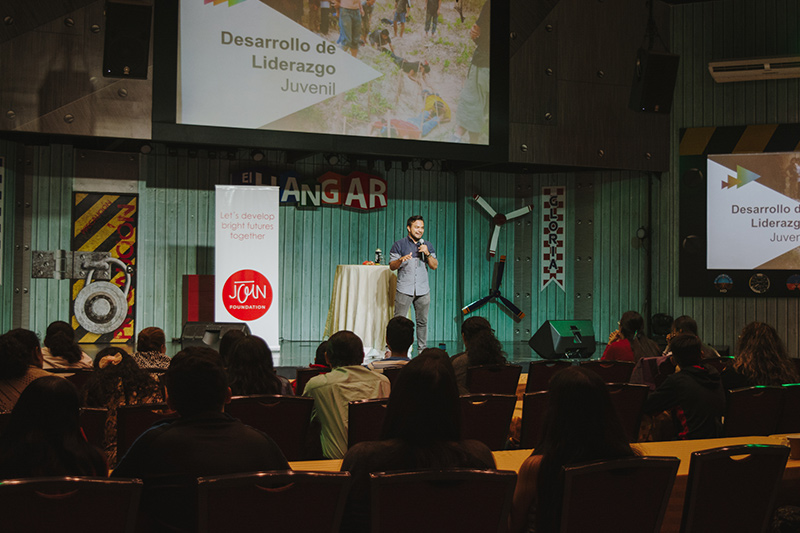